Whenever I see Catholics/Christians talking about 'The Benedict Option', I roll my eyes.

It's a nice idea, don't get me wrong. But what gets forgotten in the process is this: the Benedict Option worked because no one was chasing the Christians at the time. In this day and age, where do you plan to go to to escape the secular monstrosity?

Will you create your own city? Monaghan tried that. How's it working out?

Will you escape to the woods? Do try and find some where you can build houses.

Off to another country? Pick one where you'll be welcome.

The Benedict Option isn't an option, unless the world descends into some tremendous worldwide chaos. And even then, it's going to involve not just spiriting away into isolation, but a willingness to shoot looters and interlopers.

I'm afraid you may need another option, ladies and gentlemen.
Posted by Crude at 11:42 PM 8 comments:

I would bet a finger that the timeline went something like this at the GOP HQ.

1: Alright, everyone. This tape is going to surface soon. Remember: we all pull our endorsements on him at once and DEMAND he step down. He'll probably be a shitshow in the next debate, all apologetic and pathetic. Then we replace him.

Trump was looking like he was either going to A) Win, but be the winner who was going to humbly build bridges, or B) Lose, but lose gracefully.

But no, they had to get the insurance in, had to go for the October Surprise stab in the back to try and ruin him. Which just pissed him off, animated him further, and now he's pulling out all the stops and it's looking like a Lion in the Streets situation.

They really are the stupid party. All that's left is for hacked emails to come out showing they colluded with the democrats on releasing this tape, which is already looking obvious due to the Bush connection.
Posted by Crude at 8:52 PM 9 comments: 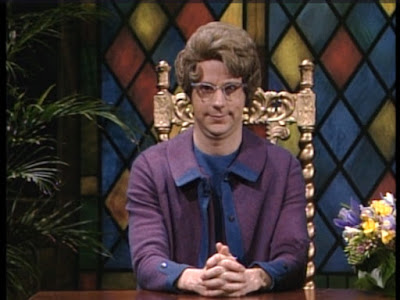 Everyone knows the Trump quote right now - the admonition to 'Grab her by the pussy', I believe was the bullseye. And most guys, even most kind of backwards or shy guys, have heard this kind of talk. It's common language, along the lines of talking about how you'd fuck a girl so hard that her freckles fell off, to quote George Carlin.

But for right now let me just say that the defense that "all men talk that way" comes straight from the pit of hell.

Get an abortion, you're a victim. Talk bluntly about some women, and we're into The Omen territory.

On the other hand, this fucking scolding - especially when Trump is up against a woman who, frankly, ran defense for her rapist husband, AND for the husband of her muslim gal-pal who was wagging his dick at women online and using his kid as a chick magnet - is ridiculous. And if you want to talk about damaging Christian witness, let me tell you: nothing does that quite like hypocritical lecturing from a politically motivated hack.

Lydia says that you should be outraged that people are admitting that, frankly, this is just how people talk - and variations on it have probably been around since Cain and Able. Considering what Lydia's outraged by, I'd suggest that maybe she's not a good guide here.

But what sticks out to me is this:


In the olden days, when one man insulted another's honor or integrity, the second man challenged him to a duel. Therefore, I suggest a metaphorical challenge in response to this gross insult to all decent men. You can throw down this challenge by posting #gauntlet on Facebook or Twitter.

First off: the olden days? What, the 1800s? This hasn't been happening for a while, Lydia, outside of romance novels. At least not in the West. It's likely more common elsewhere, and we have a term for that kind of thing: honor killings.

Second, when violence did break out over insult - it was over someone's wife, mother, sister or Queen. Not over a hypothetical woman who would quite happily gobble your knob if you were direct and halfway charming. In other words - and Lydia would hate this - not every woman was worth fighting for. Men are a whole lot worse nowadays, but so are women. Many men aren't willing to fight for a woman's honor, but just as many women are lacking the kind of honor that'd provoke meaningful blows in their defense anyway.

Gasp if you want. It sucks. And it's true. And no, 'all women everywhere' - abortions and all - isn't an acceptable replacement concept, no matter what this woman thinks.

But you know what's really telling about how far we've fallen?

Reasoning that goes like this: 'Once upon a time men used to fight for women's honor, which women used to preserve. Well, neither do anymore for the most part. But you know what's an acceptable substitute? This hashtag! Be sure to post it on your choice of two SJW-owned outlets for politically motivated feminist reasons!'

Jesus fucking Christ. Have we not fallen enough yet? Must we really demean ourselves even further by pretending hashtag warrior antics are meaningful stand-ins for honor and respect?

Unfortunately for Lydia, her attempt to hop on the Dump Trump train, AGAIN, happened just moments before it went off the rails, AGAIN. No one cared, and now everyone's cheering on the fact that Trump actually had the balls to say he'd throw a criminal's ass in prison if he could, even if she's heretofore been considered untouchable by the FBI, and ungrabbable by any man, including (for a longass time) her husband.

Win or lose, Trump is the shot in the arm we've needed for a while. For all his flaws, the example he sets makes it more likely we can recover some of the better parts of those Olden Days that Lydia and crew are pining for.
Posted by Crude at 5:46 AM 16 comments:

For you Overwatch centipedes... the Play of the Game

Have a wikileaks dump

I've been quiet here, I know. Combination of work and fresher pastures for fights and souls.

But that doesn't mean I can't post a little bit of something, eh?

Courtesy of Wikileaks, here are Hillary's million-dollar speeches. Be sure to notice the parts where she talks about how minorities are firmly under the thumb of DNC messaging, but they have a bunch of losers who are harder to control.

This is a glorious election. Nominating Trump has led to both parties being de-legitimized to an absurd degree - the Democrats now exposed as Wall Street slaves, and the Establishment republicans exposed as the same.

I advise faith in God to get you through what's coming, because this ride's gonna stay wild for a while - and the vote ain't gonna end it, no matter who wins.
Posted by Crude at 2:30 PM 7 comments: